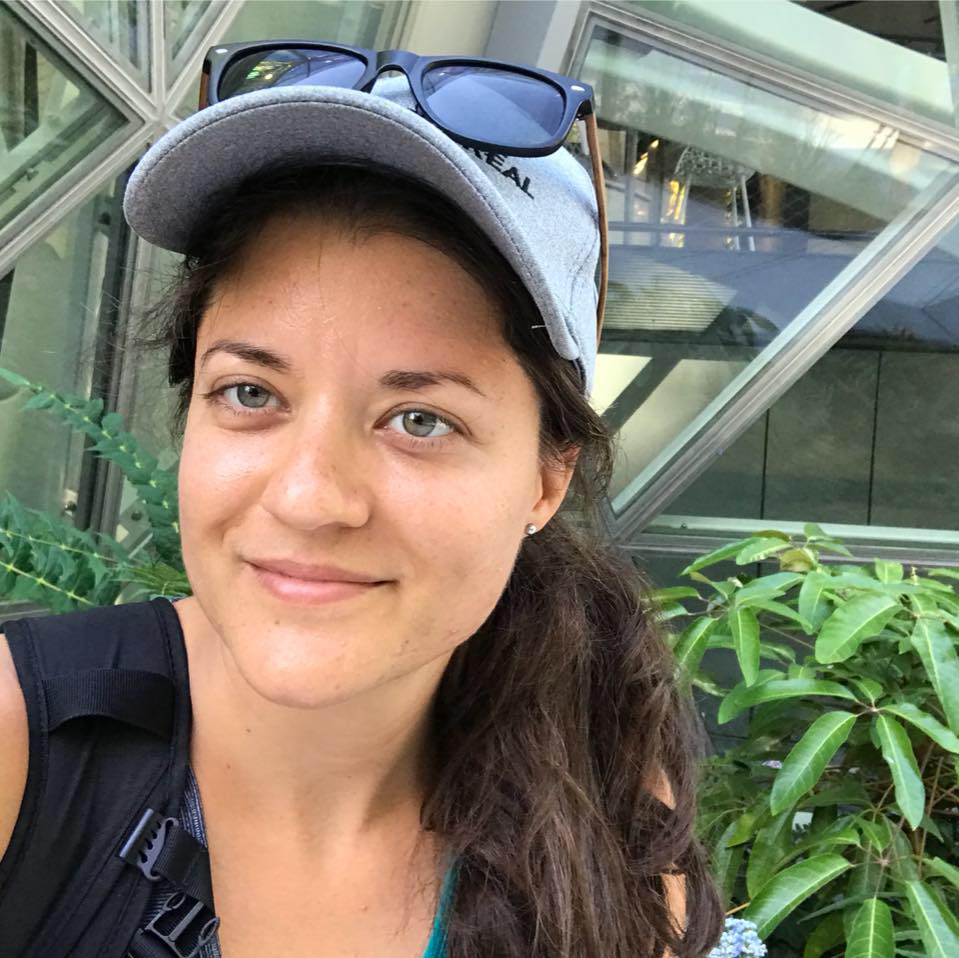 My name is Judith, I am 35 years old, I live in Quebec and I have polycystic kidney disease (PKD). I am of Quebec and American origin.

When I was 15, I urinated blood at school. I went to the walk-in clinic because I didn’t have any associated pain.

By pure chance, the doctor on site had just returned from a conference on PKD and immediately recognized the possibility that I had this disease, and that the blood came from the rupture of one of the cysts. This was followed by an ultrasound that was without appeal: I had the disease. I was the first in my family to receive this diagnosis, but with ultrasounds done on other members of my family, we determined that it came from my father’s side.

At the time, all it meant to me was that I now knew the cause of my occasional side pain, and that one day I might have a kidney transplant. My kidney function was normal at the time. The consequences were very distant for me.

At 19, I had infection in the cysts in my kidneys and had to be hospitalized for two months, but I never had any other consequences. My follow-up was done by a nephrologist at first (kidney doctor), then by my family doctor when my nephrologist retired. I had annual blood tests, but until I was 33, my doctor didn’t see a problem with them. 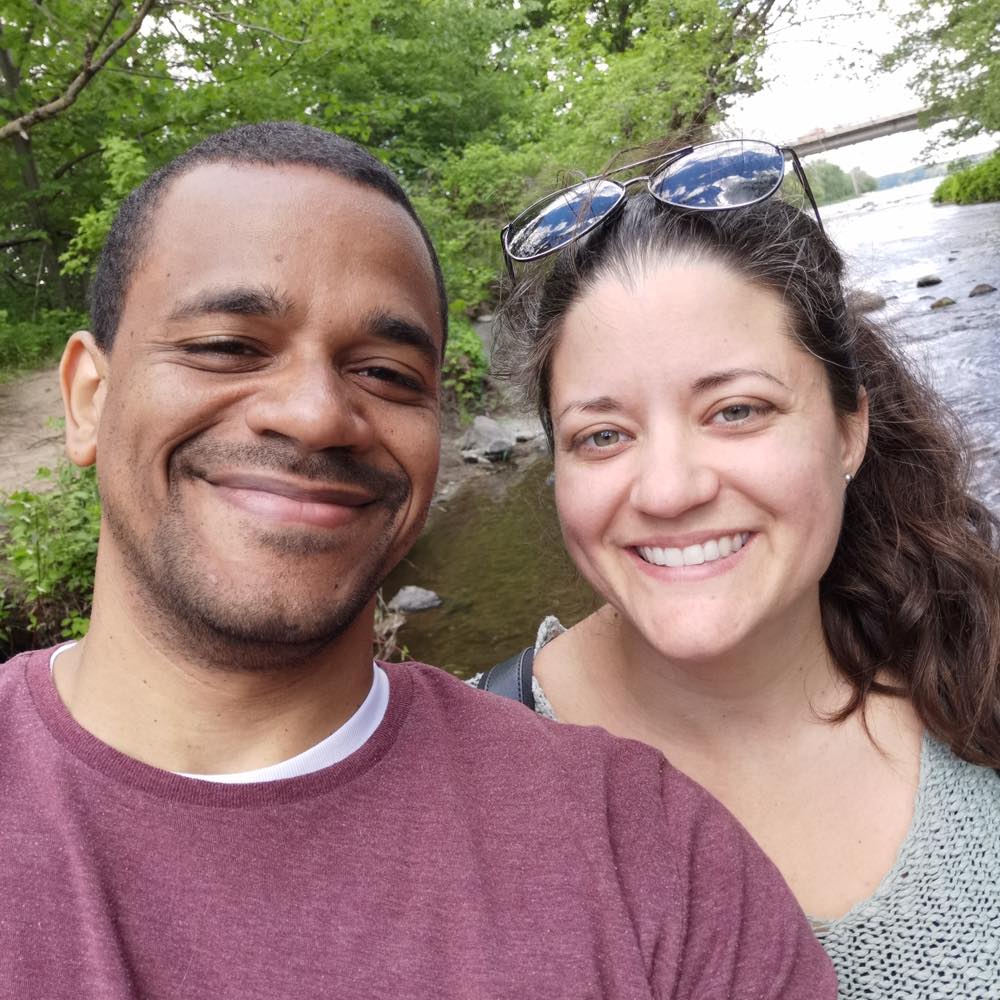 In 2019, everything started to unravel. In the winter of 2019, I moved to another region to change jobs. In the summer of 2019, I started to be more and more nauseus. I saw a doctor in July, because I had started going home during the day to rest when I didn’t have an obligation with clients. October 2019, I received a call in the car: I was told that my kidney function was at 30%.

Initially, I honestly didn’t believe it. A year earlier, my former doctor had told me that I was starting mild kidney failure, which starts around 90% and drops to 60%.

In my car, when I told the doctor at the end of the phone call that a year ago my kidney function was at 70%, you can imagine that she started to panic a little bit more! A 40% drop in kidney function in one year was way too much!

In my first follow-up with my new nephrologist, we realized that my kidney function figures had been falling by 7% per year since 2015, and that I was well into stage 4 of renal failure. 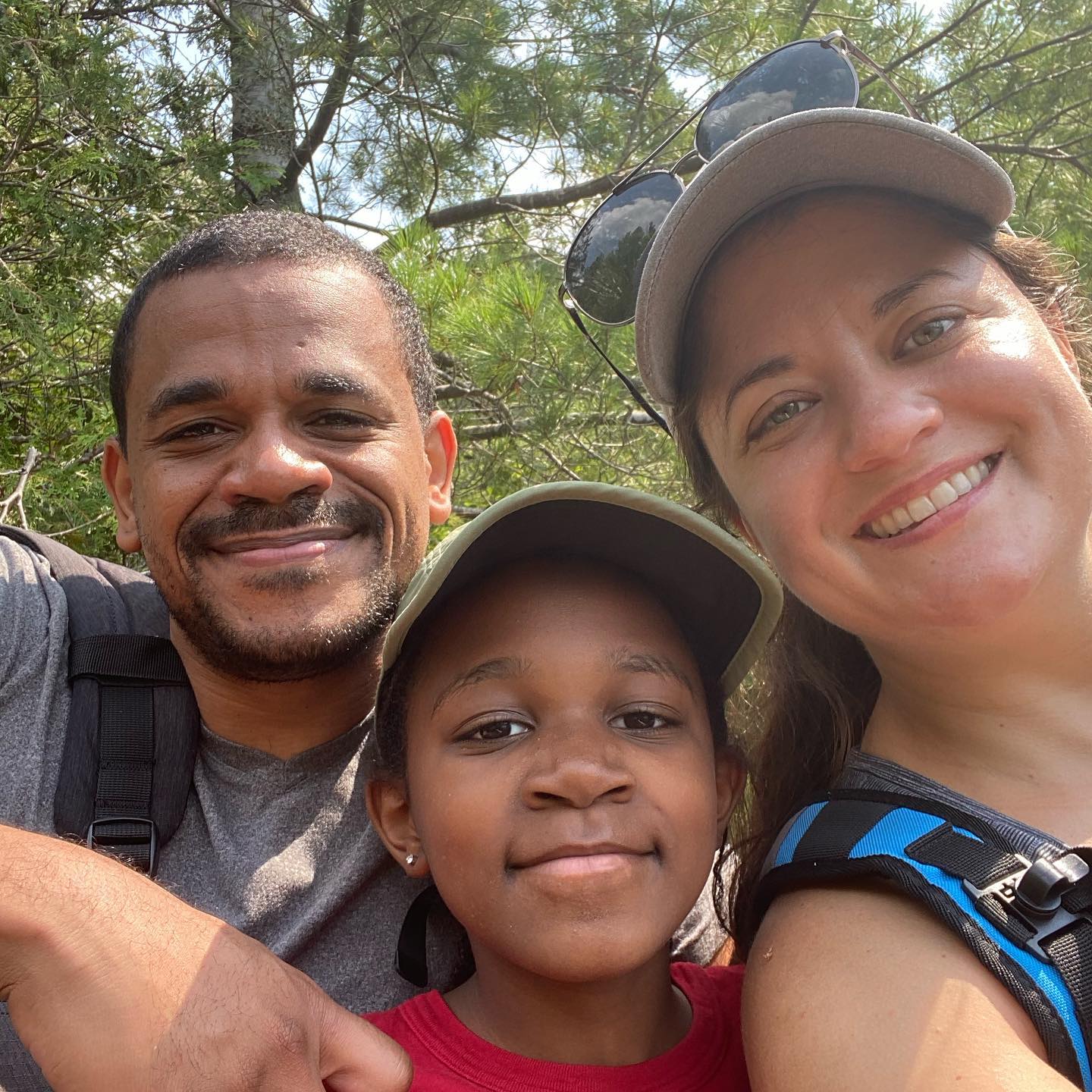 The Impact on The Baby Project

In this first meeting with my nephrologist, I also learned that I could not have a child before a kidney transplant.

That really broke my heart for a while. We were just ready to start our own family; the timing was terrible. But hey, neither I nor the child would have survived a pregnancy at that point, so we didn’t really have a choice.

We had to learn to live with this reality and find a way to make the dream work. We saw a specialist at the mother-child centre at the Centre hospitalier universitaire de Québec (CHU de Québec) who told us that one year after a kidney transplant, pregnancy would be possible. What a relief!

In the meantime, my boyfriend has a 11 years old daughter that I love as if she were my own daughter, so I do feel that we have a family. We would just love to give her siblings, and I long to experience the joy of raising kids from the beginning.

For everyone, 2020 is the year of the beginning of the pandemic. For me, it was also the year I started to really see my overall condition go down. By the spring of 2020, I was fit and over performing at work. Big projects rested on my shoulders; I was happy and fulfilled. In the summer of 2020, however, the nausea that had inhabited me for a year now was almost always present and I was always tired. Worse than that, I had trouble concentrating and I didn’t function with the same efficiency at all.

Exhausted, I went to see my doctor who took me off work. This was followed by a psychological follow-up where we checked if I was “just” having a burnout or if it was something else. After months of testing, all we found was my illness. There was nothing to do except rest while waiting for a transplant. At 34, I had to stop working until I received a kidney transplant. 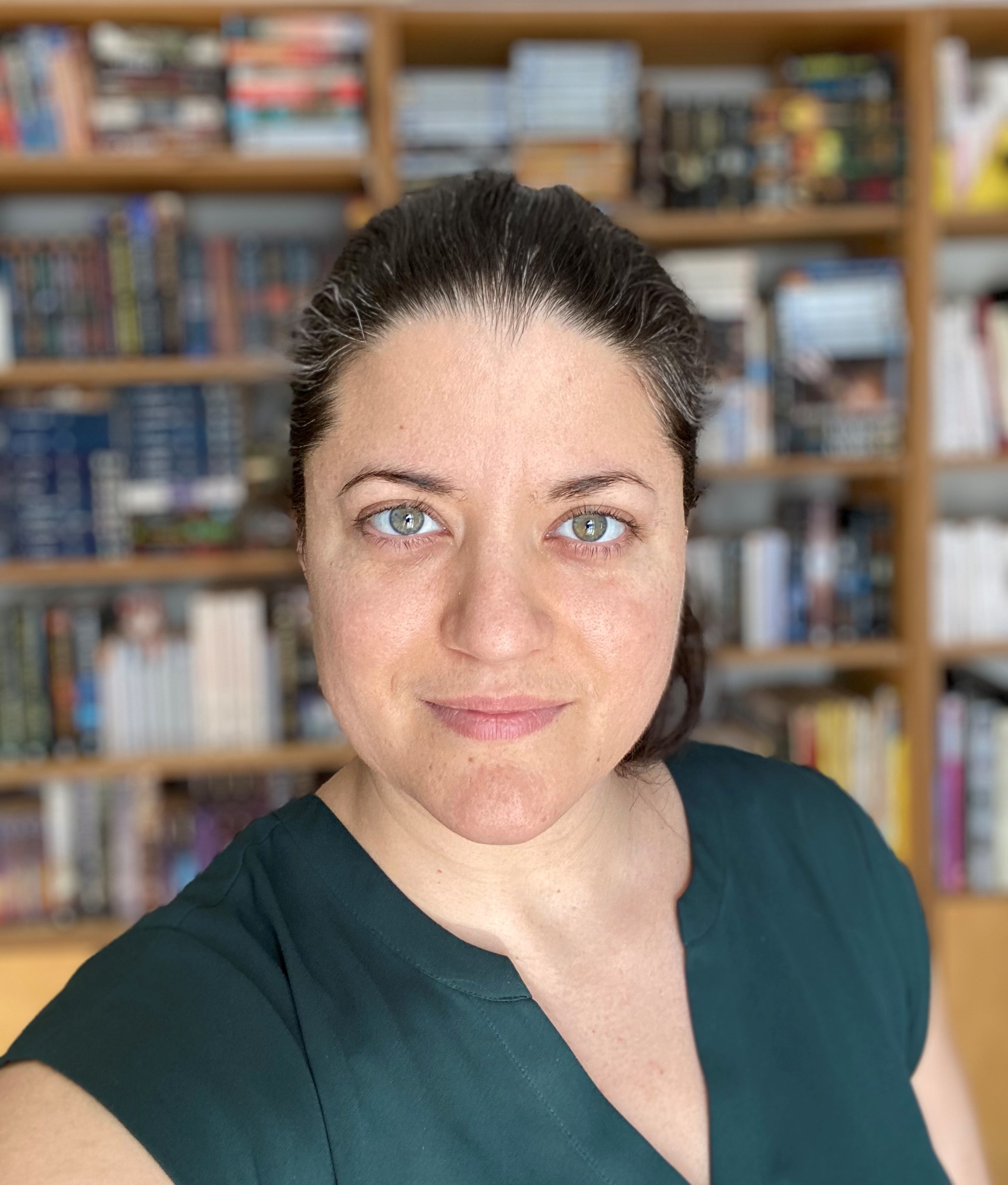 Preparing for a Future Pregnancy

In the meantime, I could still work on the baby project! Almost at the same time as the beginning of the sick leave, the fertility clinic called me to make an appointment. The plan was to do what we could at that time to facilitate a pregnancy after the transplant.

To do this, we had to overstimulate my ovaries in order to collect as many healthy eggs as possible. Then we had to freeze them until after the kidney transplant.

After the kidney transplant, we will have to fertilize the eggs, and send them to a laboratory in the United States to remove those who have my disease – so that I do not pass it on to our future children. Since PKD is hereditary, we would naturally have a 50% chance of producing a child without PKD, and a 50% chance that our child would inherit it.

In 2020, this whole process was not free and the government refused to make an exception for my diagnoses. At the age when I will finally receive a kidney, the chances of me becoming a mother naturally are very slim. In addition, by wishing to prevent PKD for our children, we may save significant costs to the health system, by reducing the chances that this child will need care early in life.

We are an extremely lucky couple. People from our community have offered to contribute to the costs of the process. My best friend opened a GoFundMe and within a few days, the $11,000 needed for the first step (overstimulation of the ovaries and egg retrieval) was collected. We are extremely fortunate to be so well surrounded, and thanks to them we were able to undertake this adventure without the financial stress.

In all, we collected 17 eggs in two overstimulation treatments. After the freezing, fertilizing and laboratory verification of the presence or absence of PKD, we were told that we should have 2 healthy embryos left at the end, ready for implantation.

These two embryos represent a lot of hope for us. On the other hand, we tell ourselves that if they do not hang on during the implementation, we can still adopt. All we want is one or two healthy children ♥

We don’t know when we will be able to have them, but we already love them ♥ 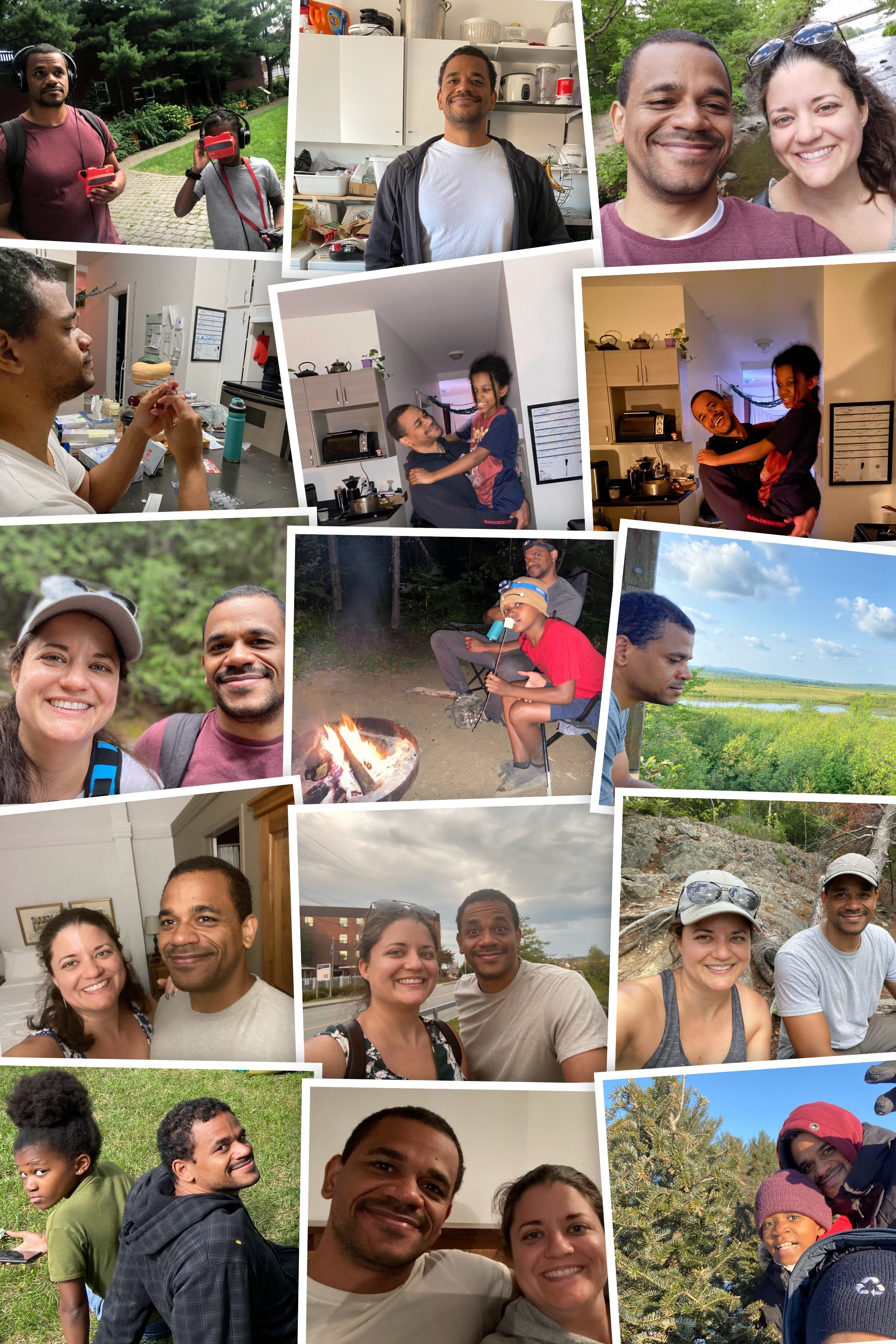