Michael Coyle was a new Search-and-Rescue (SAR) recruit in British Columbia two decades ago when his blood pressure showed up abnormally high during training. As it turned out, it was the beginning of the road to a diagnosis that would change his life.
By D.F. McCourt 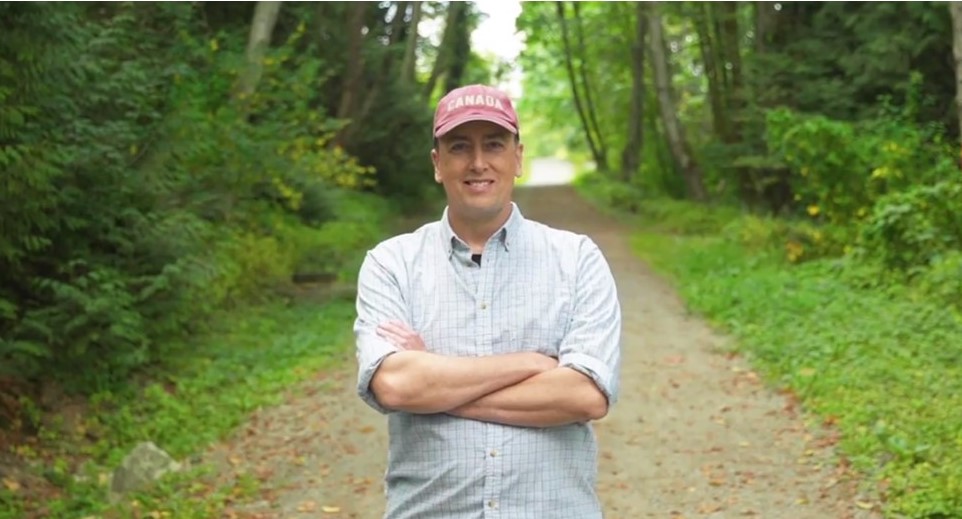 Michael, now 49 and still working with Coquitlam SAR, remembers that day like it was yesterday. “I was feeling perfectly healthy,” he recalls. “I was in good shape. I rode my bike everywhere. I was a vegetarian. I remember thinking, 'How could something be wrong with me?' But I also remember the nurse looking at me very sternly and telling me I needed to see a doctor right away.”

Following a battery of tests, Michael was diagnosed with polycystic kidney disease (PKD), one of the most common life-threatening genetic diseases. About one person in every 500 suffers from PKD, which equates to about 66,000 cases in Canada alone. And, as things stand today, there is no cure.

Staring down progressive organ failure
The disease manifests as cysts that grow inside and on the surface of not only the kidneys, but also sometimes the liver and the pancreas. PKD is a progressive disease and, when untreated, organ function ultimately declines over a period of years until dialysis and transplantation are often necessary. “The cysts can be as small as the tip of a pin, as large as a golf ball, or even larger,” says Jeff Robertson, Executive Director of the PKD Foundation of Canada. “There can be hundreds or thousands of cysts in and around each kidney. The cysts grow and manifest over time, filling with fluid, and, as they take over the affected organ, that organ can begin to fail.”

In addition to high blood pressure, other early symptoms of PKD include frequent urinary tract infections, blood in the urine, kidney stones, and pain in the lower back where the kidneys are located. But, as PKD is hereditary, the most important red flag remains a family history of the disease. Michael, however, was adopted at birth and had no way of knowing that the disease was already manifesting in his birth father and would later affect his half-brother as well.

Today, Michael's kidney function has declined to the point that things are becoming critical. He remains in good spirits, but has also had to face the reality of his situation and adjust his life to match. “By 2017, I started really feeling the effects,” says Michael. “When it started getting bad, I was at the top of my field doing helicopter rescues in the mountains. It was hard to stop working on the helicopter team, but I knew I wasn't 100 per cent and the last thing you want to be in a situation like that is a liability. So now I spend a lot of time in the command truck, directing people as an SAR manager.”

Early detection may lead to more options
Michael's disease has progressed to the point where transplantation is going to be necessary sooner rather than later. But he wants others, whose PKD may be less advanced than his, to know that early diagnosis today could mean a different path. New medical advances are making early intervention a possibility, with the potential to slow progression of the disease and delay the need for transplantation significantly. “The focus on early detection is a major shift in PKD care here in Canada,” says Robertson. “The sooner a patient can be in the care of a nephrologist or a specialist, the better. This is a disease where it can be easy to miss important signs of progression if you aren't under specialized care.”

It's too late for Michael to receive the benefit of the disease-slowing intervention, but for a great many more Canadians living with PKD, that door is still open. And, for Michael, the promise of innovation for the next generation is very personal. “My son was born in 2010 and we know that there’s a possibility that he’ll have the disease as well,” he says. “And because we know it's a possibility, we can be confident and prepared to do what's best for him. If he does have PKD, he's fortunate that he's growing up in a time where treatment is possible.”

The importance of self-advocacy
Today, while Michael endures the difficult wait for a transplant, he reflects on how his experience in the mountains of BC has provided valuable perspective on what it means to take an active role in his own health even when faced with uncertainty. “This whole journey has given me insight into what it means to need rescuing,” he says. “I've been on the other side of that equation so many times, and now I know what it's like to have to put aside your ego and ask for help. Yes, there's a level of embarrassment, but there's also a huge level of gratefulness. And with PKD, as with SAR, the sooner you ask for help, the more effective that help can be.”

Michael and Jeff are both committed to inspiring those at risk of PKD to ask for help early, and empowering those newly diagnosed to take an active role in their health, to understand their management options, and to live their best lives. “PKD is a life-threatening disease, but it isn’t a death sentence,” says Robertson. “There are patients who live long and healthy lives with this disease and some never require dialysis or transplantation.”

“PKD is a life-threatening disease, but it isn’t a death sentence. There are patients who live long and healthy lives with this disease.”
— Jeff Robertson

If you’re looking for additional resources, the PKD Foundation of Canada is solely dedicated to fighting PKD through research, education, advocacy, support and awareness. Please visit www.endpkd.ca to learn more.