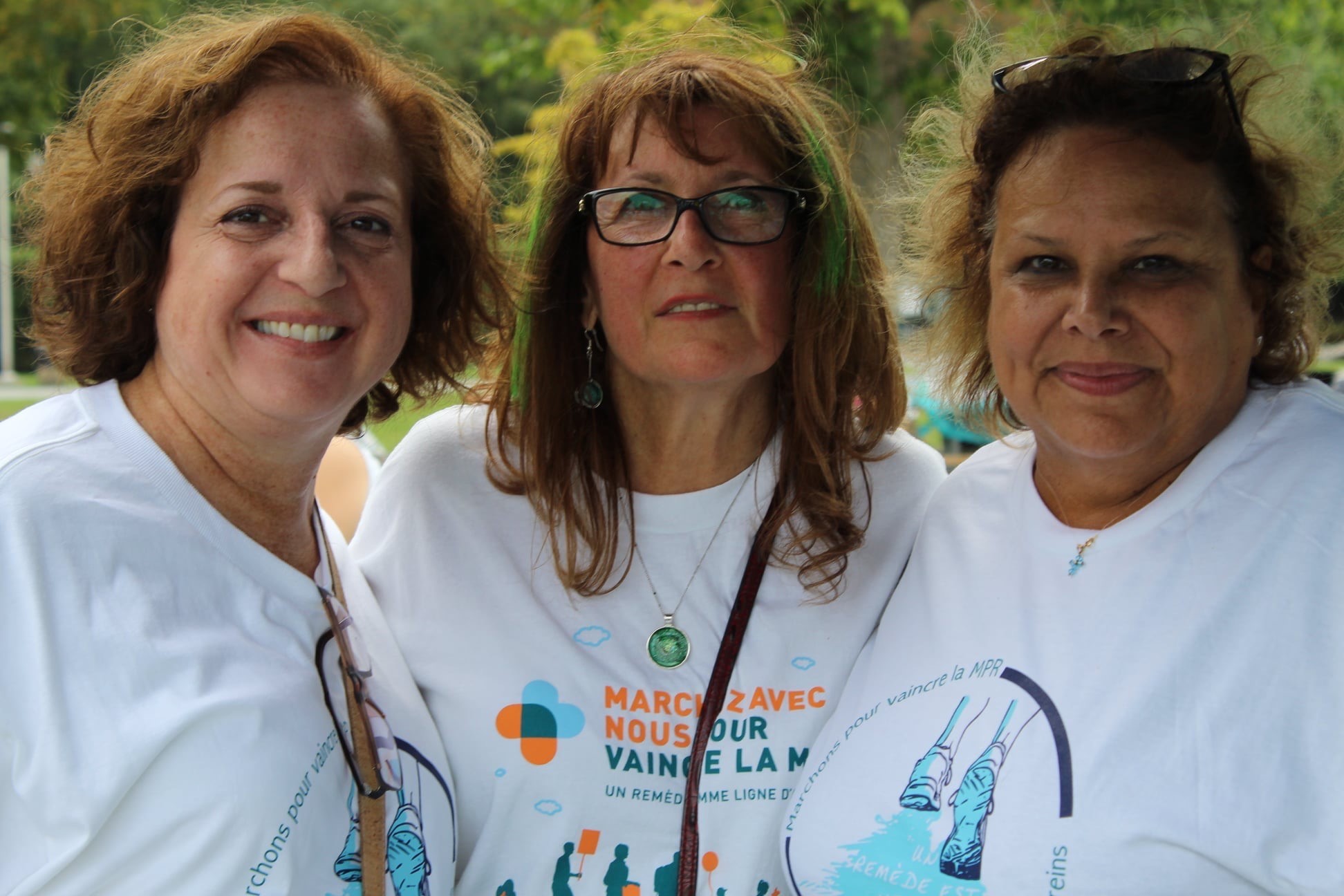 In October, two cysts on my left kidney ruptured.  Had it not been for some PKD patients encouraging me, I would never have written this. They suggested I write down my journey because they too have been through this before. They wanted me to educate those who do not understand what we have to go through because of PKD.

Every time this disease sends you to the hospital, it is another episode of how it is trying to run your life. The key is to not let it! Several PKD patients asked me to educate the public about the trauma a body can go through when two cysts (both almost the size of oranges) spontaneously ruptured on my left kidney. I would not wish this pain on my worst enemy! I was bending down to remove clothes from the dryer on October 23, when suddenly I felt like someone had stabbed me on the left kidney.

My right kidney is approximately 30cm x 21cm, but my left one is smaller, so I could not figure out why the rupture was on the left kidney. I have had other cysts rupture without warning and although it was very painful, this was 10 times worse. I felt like someone stabbed me and then turned the knife. I fell to the ground screaming and crying. My husband and son Chris had to pick me up. I kept thinking and saying to them that it was a kidney stone, because I never had such intense pain.  While my husband called 911, I kept crying and screaming with pain. The 911 dispatcher asked if I was conscious, if I could talk, and if I had chest pain. Since I did not fit the category of someone who was having a heart attack or stroke, they told us that there was a 7-hour wait for ambulance. Both my husband and son, Chris told the dispatcher that they would bring me to the MUHC Glen site of Royal Victoria Hospital.  Chris picked me up like a little doll and put me in the car, where I lay down across the seats.

When I got to the hospital, the triage nurse noticed that my blood pressure was high, and that tears were coming down my face due to the pain. We explained that it was probably a ruptured cyst from PKD, and it could be a kidney stone because it felt different from previous episodes. The nurse did not know what PKD was, but after my husband explained, she immediately flagged one of the doctors. At this time, my temperature was starting to go up. Blood work results showed that my creatinine level was at 250 (not good). I could not sit straight in the wheelchair, and I slouched to the right because the left side was killing me. The nurse quickly got the ok to start me on opioids! The same stuff that once upon a time would make me drowsy, now made me hyperactive! First, they gave me Supeudol, but that did not stay in my system very long. Although I was administered Gravel to control the nausea, I brought everything up within 10 minutes. They then switched to Dilaudid. I would take 1g every four hours during the day, then 0.5g every 2 hours during the night.

My large PKD organs are already fighting for space, and these two cyst ruptures decided to complicate things further. Two orange size ruptured cysts hemorrhaged and created blood clots. No fun at all! 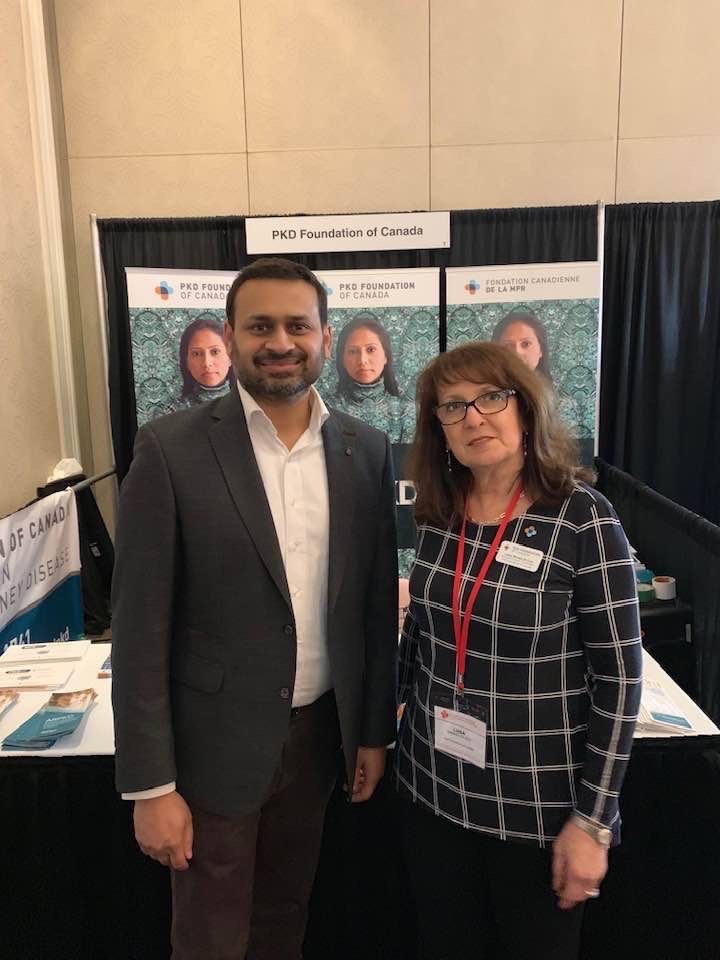 The hospital doctors and nurses were so thorough. Two CT scans; three X-rays, two ultrasounds, chest x-ray, and abdominal x-ray showed it was not kidney stones. A few days later, my husband noticed I was hyperactive and super anxious. Now, many in Montreal know that Dr. Alam has been a great supporter of the PKD Foundation of Canada - Montreal Chapter, and that he is a real compassionate and dedicated PKD specialist. He has now seen a different side of me; one who was nervous and agitated, which naturally kept my blood pressure up (a red flag for PKD patients).

I kept yelling out to the nurses and to Dr. Alam that I wanted both kidneys removed. Being at stage 4 kidney failure, I told them I knew where I was heading with PKD and my pain level was telling me to take them out. When he came to the room to see me, he apologized for not coming sooner. He mentioned that he was involved in a virtual conference with Quebec nephrologists on the topic of pain management when cysts rupture. At that moment, my husband Peter told him he could have brought everyone to my room, so that they could understand the level of pain patients go through.

I was not myself, I was not sleeping, and when those 4 hours of medication expired: OH BOY THE PAIN! I kept asking, “What do I need to do for you to take them out?” Opioids calmed the pain, but also caused constipation. As if having huge organs was not enough, the constipation was causing additional pressure in my abdominal cavity.

I have the utmost respect for the nurses on C-9 Internal Medicine (the same floor I was on when admitted for COVID in December of 2020). The nurses were there more than 12 hours a day! They were caring and professional from the moment they started their shift, until the last minute. During those bad intense pain moments, I do not know what I would have done without them. Their comforting and soothing voices kept me sane.

11 days later, I still could not sleep on my sides. When doctors told me that it could take 4 to 6 weeks to return to some form of normal, I could not believe my ruptured cysts would cause such pain. People often think if PKD patients look healthy and normal on the outside, that they are not that sick. This is an important reminder that we do not know what people are going through, and how they are feeling inside.

As I continue to heal from this recent episode, I am forever grateful for my knight in shining armour, my husband! Without him by my side through this whole ordeal, I would have been much worse off. 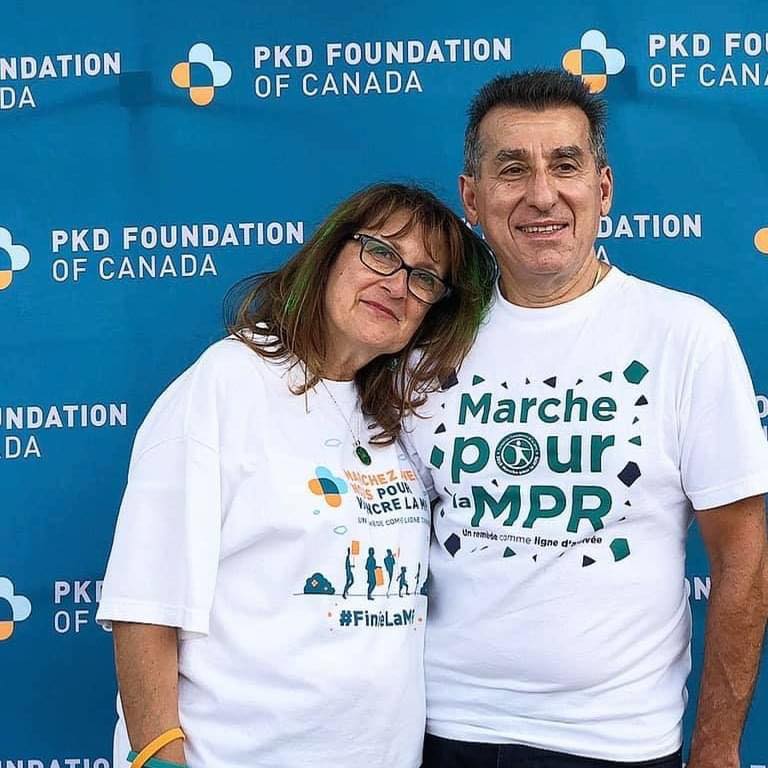