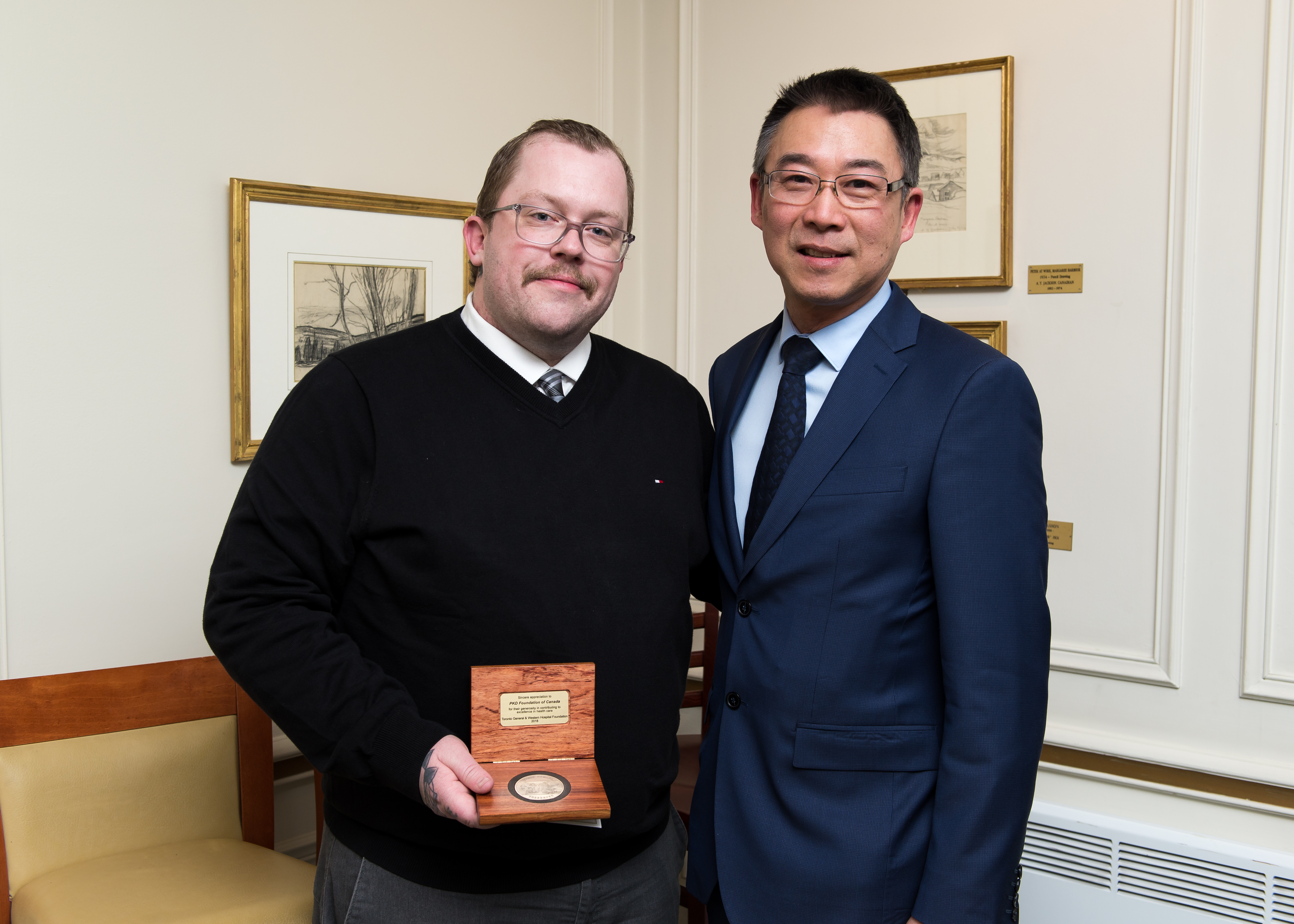 On Monday, April 9, the PKD Foundation of Canada attended the Can-SOLVE CKD SPOR Initiative reception where we were awarded the Pewter Upper Canada Medal by the Toronto General & Western Hospital Foundation for our support of Dr. York Pei’s Hereditary Kidney Disease Clinic at Toronto General Hospital.

We wish to share this prestigious honour with every volunteer and donor who has joined in the fight to end PKD, furthered our mission and helped to advance critical Canadian research of PKD. 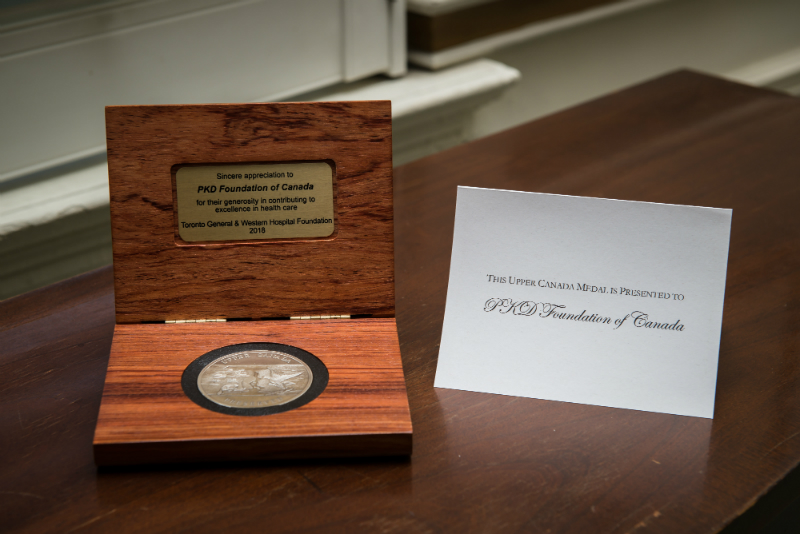 History of the medal: The Upper Canada Medal was originally created by the Loyal and Patriotic Society of Upper Canada to provide recognition of distinguished service and bravery to volunteer soldiers in the War of 1812.

Recognizing an even greater need, the Loyal and Patriotic Society decided to reduce the medals to gold bullion for the establishment, in 1829, of the original Toronto General Hospital.

Toronto General & Western Hospital Foundations continue to honour both the original intent of the medals - to recognize distinguished service - and their later role - to support the greater good.

Description of the medal: The medal shows, on one side, a laurel wreath surrounded by the legend, "Presented by a grateful country" and enclosing the words "For Merit".

The reverse shows the Niagara River dividing Lake Ontario on the north side and Lake Erie on the south side. On the west side a beaver is displayed, the ancient armorial bearing of Canada.

In the background, an English lion is slumbering. On the east side, the American eagle is depicted. The legend reads, "Upper Canada Preserved".

Many thanks to the Toronto General & Western Hospital Foundation for this recognition.